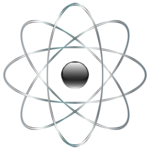 There Is Life in Atoms
Creative Common by SA License

Media tells us that life is a coincidence. This sentence is both false and true. The scientist, on 2014, actually believes that the universe is born of nothingness. But our universe, whose is otherwise going to another universe, can not be organized by chance. From Bible, this other universe should recreate a new universe, more just. The human has not yet created new lives from scratch. We are only transforming that we have defined scientifically. Different scientists have never determined that balls moving disordered can be organized, indicating that life could be born by chance, not even proving chaos’ theory about universe. Indeed, any random organization contradicts the chaos theory of the universe. Life contradicts chaos, the culmination of the liberal traffic. Any scientist who contradicts the material’s ability to organize must also prove that he lives by chance in the universe where he is.

There is something superior that organizes us. Indeed, the masculine and the feminine are separated, while they act for each other. How these twice very distinct entities could have been created at the same time, while there is a notion of infinity in each life.

Repeating this sentence: "Life is a coincidence" is therefore wrong in time’s terms used. We can say "Life was a chance". But our universe can not determine the random existing of life. This means that our universe is likely to be a divine creation, not necessarily another universe. We can therefore ask the Liberals to go to another world, to prove that life should be a coincidence now.

It is possible that, later, it is said that the universe was the cradle of humanity. We can not even assess this hypothesis for the moment. It does not even mean that life should be a coincidence, actually. On the other hand it is possible that a God be in each atom, in order to organize the material. Instead of a God there should have an infinity, going to the uniqueness of life, then of the spirit.

We regularly repeat "Life is a coincidence", on television, to bring us simply to the traffic chaos. So we see on television the violence, then the suspicion about everythink that is organized against finance. All that will be organized against it will be individualized, contradicted by the logical deduction of Aristotle. Aristotle wasn’t really a scientist.

You have to know that there is pressure on the pregnant woman, either to kill the child or to keep it. So, there is no progress with abortion.

Plato says that those whom use truth’s research demanded by their minds end up finding freedom, which breaks understanding’s chains. You often see in the movies, the scientists, having found, taking offense at an understanding’s inaccuracy. These scientists use their truth’s research, so the dialogue, with the unconscious, emerges hypotheses, which must then be proved, with an experiment, responding to the axioms of science.

Plato himself says that truth’s research leads the human. The logical deduction of Aristotle doesn’t permit to find. We can cite the experience of Aristotle, who "proved" that the Earth did not move, without knowing the dimensions of the Earth, or linking the Sun to the Earth. The logical deduction, however, is that teachers tells to children understanding, while children used Plato’s scientific thinking to learn to walk and talk. Children have indeed used all their mind on the word to understand it, seeking a truth’s path, many experiences, a dialogue that must be as regular as possible, because only our sociability can make us understand ourself. The child will have learned to talk and walk while having fun, without straining.

Vernadski thinks, according to Leibniz, that the one who will make the link between material and life will make a major fundamental discovery, leading to understand life, not to withdraw from it.

How can life be organized?

Does Universe Has Got a Soul ?
How does a Higher Idea Borns?
What Is a Soul ?
Life Is Movement
Links between Soul and Body