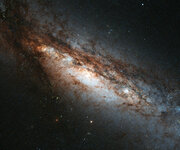 What Is the Apocalypse?
Creative Common by SA License

The apocalypse is the end of a world to create a new world. A society is very difficult to organize because everyone wants to get something for himself. So those who do not advocate for their happiness, those who think that it is only about living, as life was an obligation, instead of being a chance, follow a decadence, proposed by those whom want to obtain society for themselves. Thus every society breaks because of the lack of life in society, the lack of understanding the meaning of mission, because of the sadness of that is proposed. Instead, it is a question for everyone to become utopian. It is those whom seek to change society, according to utopia, whom create the new world, whether perfect or not, whether it is perfect or not. Each time, utopia will be too demanded for those whom direct it. It is up to everyone to discover the utopia of others, to transform his own, so that the new world brings happiness.

Those who campaign are happy because they think they bring happiness to society. This gives them an utility, so a meaning to their life. It also gives them tips that no one thought they should have. They know there is another world to build because of the inequities they find.

To make politics is to feel useful for one’s artistic projects, contradicted by the scientific philosophy of others. Then the activist also becomes a philosopher and scientist, to better improve society. Debating with others allows his projects to succeed.

Seek to militate, for the happiness of others and his.

Does Universe Has Got a Soul ?
How does a Higher Idea Borns?
What Is a Soul ?
Life Is Movement
There Is Life in Atoms